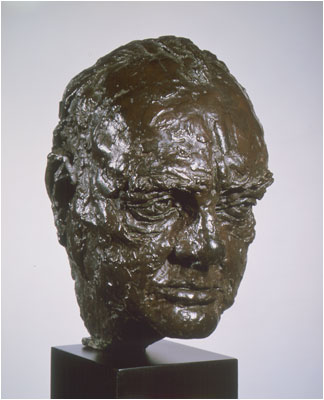 After the Second World War, when he was no longer Prime Minister, Sir Winston Churchill lived opposite Epstein. In 1946 Churchill came to Epstein’s studio for three sittings for a bronze bust. Three further sittings took place at Chartwell, Churchill’s home in Kent. Epstein described Churchill as “extremely genial and a most hospitable host.” He also observed that Churchill’s library “seemed to consist of books on Napoleon and his ancestor the first Duke of Marlborough.” Epstein’s bust of Churchill is in the British Government’s art collection.